Home - 1nats > Car > Video My most terrifying car review EVER!

Video Car ✅ This is the Bentley Bacalar! Now don’t expect to see one of these on the road anytime soon. You see, Bentley is only producing 12 of these ultra-rare convertibles, and each one is set to cost £2,000,000!! But is it worth the eye-watering cost? ✅ My most terrifying car review EVER! 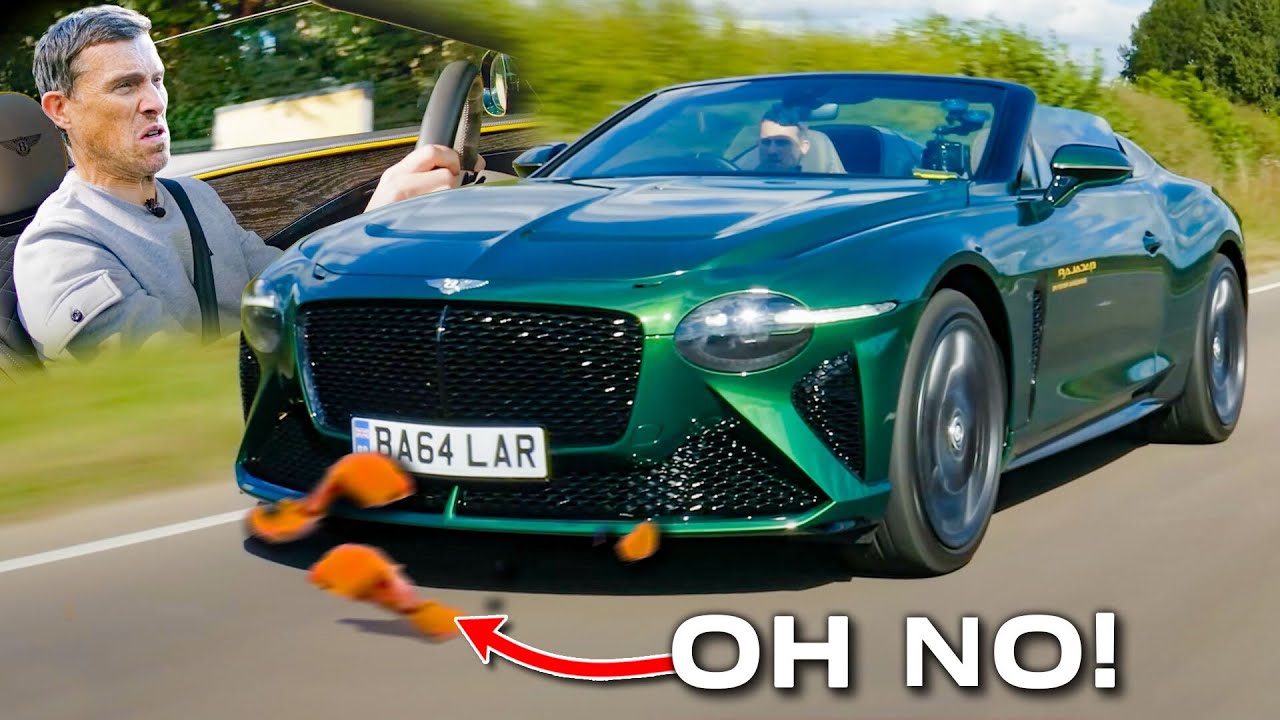 Well, let’s start with a look at the design. Even though the Bacalar is based on the Continental GT, it’s got a whole load of new body panels made from either aluminium or carbon fibre! There are a whole load of big vents up front and in the bonnet (don’t worry, they’re all real) and overall it all looks pretty imposing! In fact, the only items carried across from the regular Continental GT are the side mirrors and vents!

On the inside, similarities to the regular Continental GT continue, but Bentley has effectively re-trimmed it. As a result, the interior is covered in aluminium, leather and even wool! There are also a few bespoke changes such as a new clock, and new gear shift panels. There are also bespoke Bacalar dials when you turn on the car.

Under the bonnet, you’ll find (you guessed it…) the same engine as in the Continental GT Speed – a 6-litre twin-turbo W12 that’s good for 659hp and 900Nm of torque. Either way, no complaints there – what an engine it is!