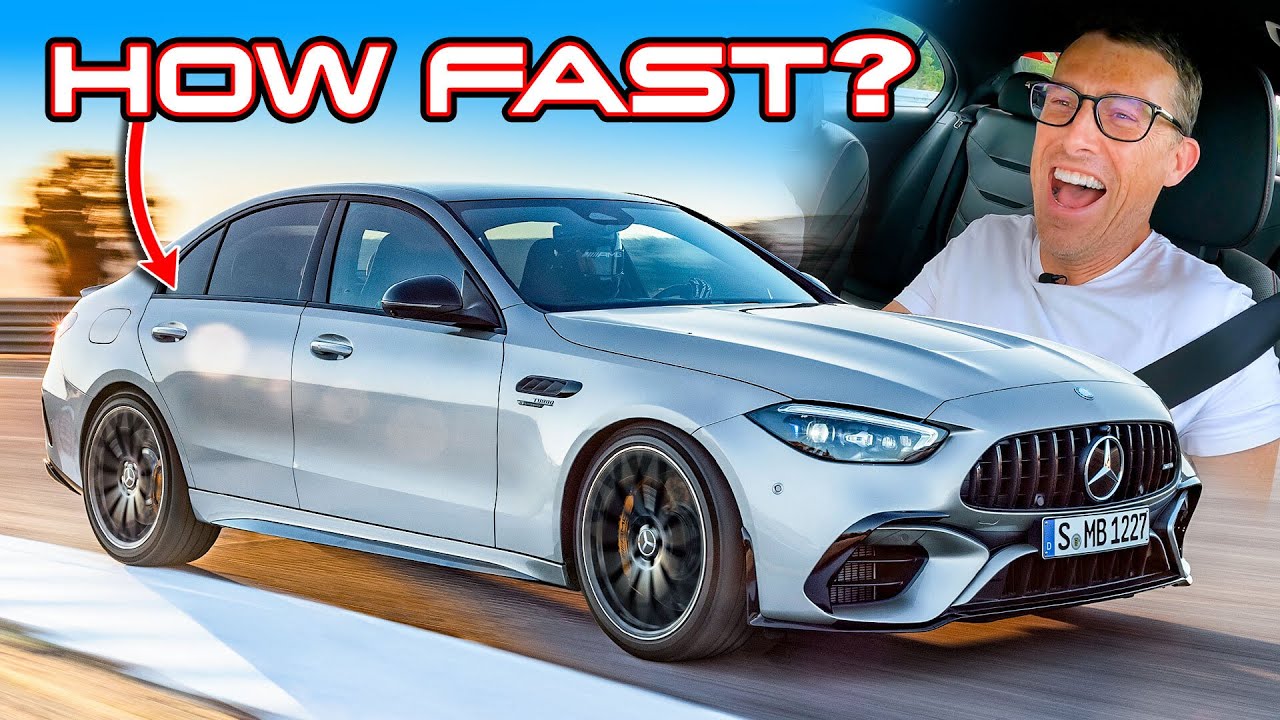 However, even if he’s not behind the wheel, he’ll still have a chance to see just what it’s like when it’s on the move. He’ll start off with it driving on electric power alone, after which the AMG test driver will put the AMG C63 through its paces in Sports Plus mode! Oh and of course, Mat’s in the car, so it would be rude to not try out a launch, a brake test and a bit of drifting!

Now we know any AMG 63 is going to be an exciting drive. However, there’s one key change that you AMG fanboys & fangirls may not like… The V8 has GONE, and it’s been replaced by a 2-litre 4-cylinder hybrid!! Don’t worry though, it’s not all bad. The power output has increased by 150hp, with the engine and electric motor combining to deliver 680hp and 1,020Nm of torque! It can also fly to 60mph in just 3.4 seconds.

So, can you still love the C63 even with the loss of the V8? You’ll need to stick with Mat and see for yourself!