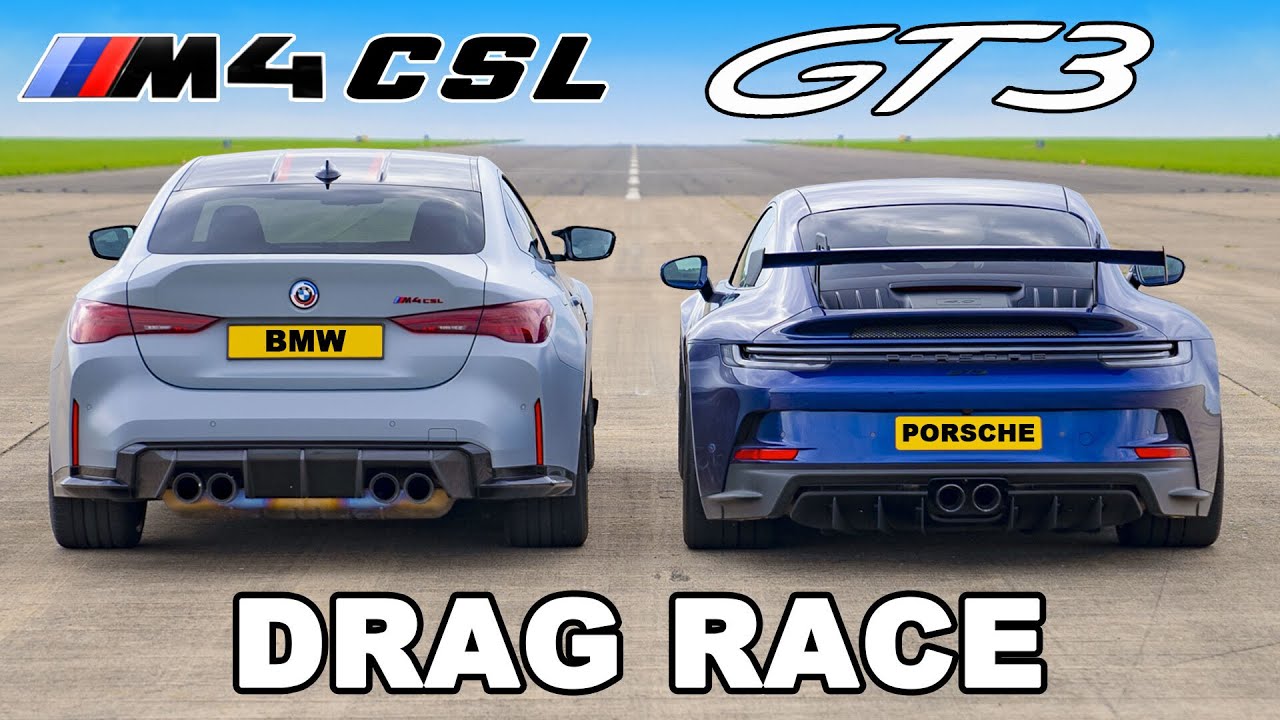 So let’s see how these two rear-powered rockets compare. Starting with the BMW, it’s packing a 3-litre twin-turbo straight-six under the bonnet that can deliver 550hp and 650Nm of torque. It’s 100kg lighter than the regular M4, tipping the scales at 1,625kg. If you want to pick one up, it’s pretty pricey, starting at £125,900!

So the Porsche is down on power – does that mean it’ll be a walkover for the BMW? Or will the Porsche’s lightweight, coupled with its awesome launch control system, propel it to victory? There’s only one way to find out – LET’S RACE!

Thanks to Yianni for joining us for this race: @Yianni