Video FIFA > million view Barcelona 3-1 Athletic bilbao ✅ Messi made a solo masterpiece, Messi had a solo performance through four opposing players and then shot beautifully to score in the final of the King’s Cup on the evening of May 30, helping Barca beat Bilbao 3-1. ✅ Lionel Messi goal | FIFA Puskas Award 2015 Nominee 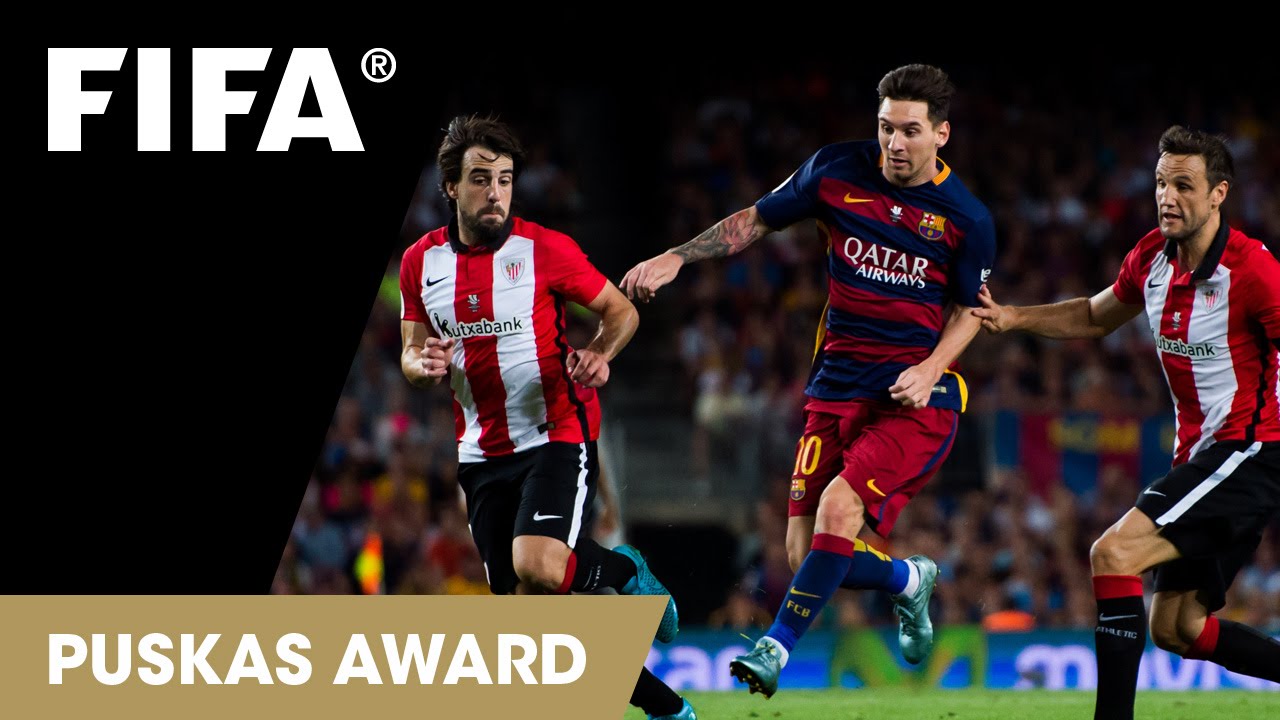 Messi scored a super product in the 20th minute starting from the right wing dribbling to beat the three players with a “needle”. When entering the penalty area, M10 swept past another player and then shot into the corner near the net of goalkeeper Iago Herrerin. Besides breaking the balance, the former best player in the world also had a goal to make it 3-0 from a pass like Dani Alves. Neymar also had a goal for Barca when he shot into an empty net from Luis Suarez’s clearing situation.

With the last efforts, Bilbao only removed an honorable goal thanks to Inaki Williams. Winning the match 3-1, Barca deserved to win the 27th King’s Cup and broke its own record at this tournament.

Bilbao used to let Barca pass by 4-1 and 3-0 in the last two times to reach the final of the King’s Cup. With the determination not to repeat the humiliating defeat, the Basque team entered the game better this time. Had goalkeeper Marc andre Ter Stegen and defender Javier Mascherano not promptly saved, Barca could have conceded in the first 10 minutes.

With the high will to compete and the level of a team ranked seventh in Liga, Bilbao could have made a story if it met an opponent outside the list of two Spanish giants. But unfortunately for them, Barca not only has the depth of the force, but also has a trio of strikers who are in high form.

After a somewhat awkward entry, the Catalan team began to “shoot” regularly, but the first scorer was none other than Messi. In an extraordinary effort, M10 made the audience admire when he broke through the fence of three attached players and then passed with just a “needle” through the two legs of the player in the middle. When he entered the box, instead of passing the ball to his teammates, the former best player in the world calmly made the harder and successful choice: tricked another player and then shot just hard enough into the near corner.

The super product not only brought Messi the 57th goal in the 2014-2015 season but also gave Barca a great advantage to win the King’s Cup.

After the opening goal, Barca took the initiative and forced Bilbao to defend. Luis Suarez could have scored to make it 2-0 in the 30th minute if it hadn’t been for a shot just ten centimeters from the ball. Seven minutes later, the striker made atonement when he passed a cross like Neymar to leisurely shoot the ball into an empty net to double the lead. Before that, the big credit belonged to midfielder Ivan Rakitic with a slot for the former Premier League top scorer to break the offside trap.

Bilbao had a good attack late in the first half (Williams finished hitting the wooden frame), but still could not regain the game. After the break, Barca had even more chances to score and just did not win because Neymar handled the ball somewhat cumbersome. However, in the 74th minute, the home team also had one more goal. This time, Messi continued to write his name on the electronic board when he easily passed two defenders and then hit Herrerin’s net with a gentle touch. The first attack in this situation belonged to Dani Alves with a well-placed cross.

After leading 3-0, Barca’s defense proved a bit loose. Williams then took advantage of a cross on the left wing in the 80th minute to head the net of Ter Stegen to score the honor.

End of the match. Xavi has a free kick that hits Bilbao’s goal. The 35-year-old midfielder was therefore unable to score in the final match at the Nou Camp.

A week after the King’s Cup final, Barca will be in Berlin (Germany) to compete for the Champions League title with Juventus. The team that wins this match will have the treble for the 2014-2015 season.