Video Audi’s Rolls-Royce and other cars we don’t get!

Video New Mercedes-AMG C63 S: Everything you need to know!

Video Living with a 3 ton US pick-up in the UK!

Video Car ✅ Introducing the all-new BMW XM! It’s the first bespoke M car to be released since 1978, and it is absolutely insane! So let’s go take a closer look. ✅ Most powerful SUVs ever DEATHMATCH! 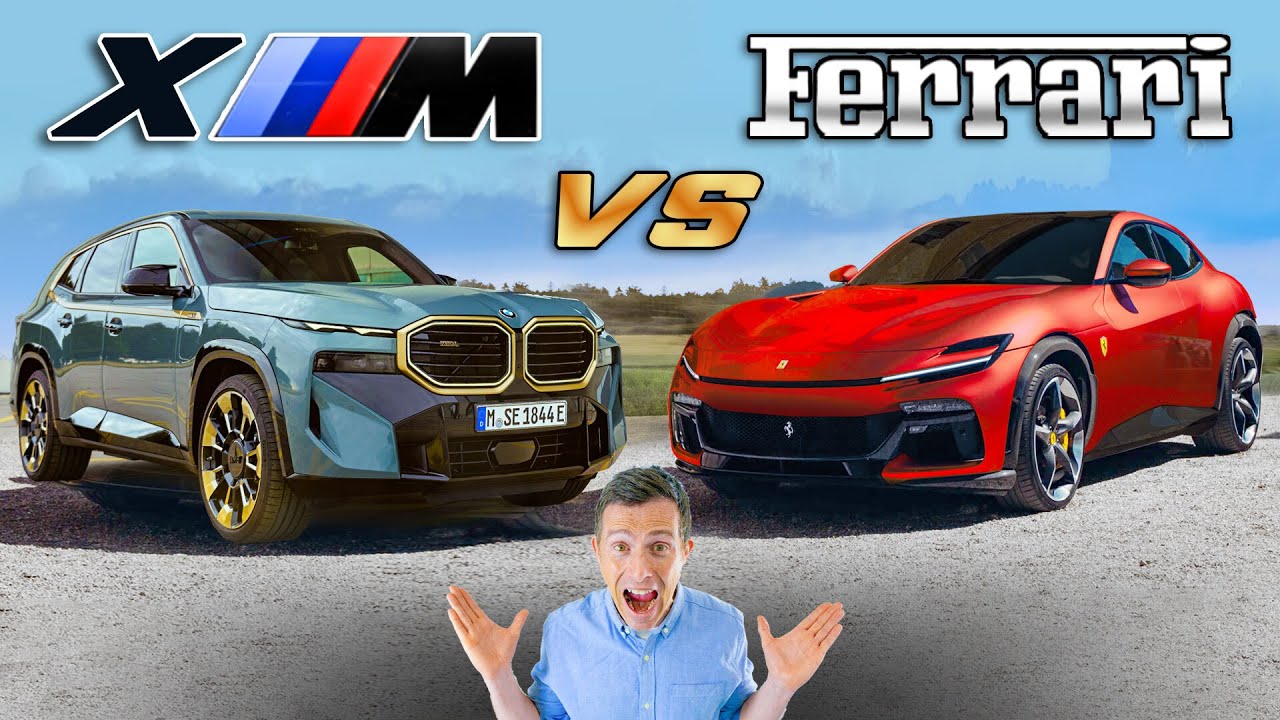 For starters, there’s no denying that the design is pretty polarising. Up front, there’s an absolutely huge lit-up kidney grille, 22” wheels as standard on either side and some stacked exhaust pipes around the back. It also has two BMW logos engraved into the rear window, just like in the last bespoke M car – the M1, released back in 1978!

In terms of performance, the XM is an absolute beast! It comes equipped with the same tried & tested 4.4-litre twin-turbo V8 as found in the M5. However, the XM also comes with an electric motor which means it can produce 650hp and 800Nm of torque! That’s not all though – there’ll be a special Red Label edition released next year which will come with 748hp & 1,000Nm of torque! That’s 24hp more than the Ferrari Purosangue!

As for the interior, there aren’t too many surprises to be found here. It comes with the same wraparound infotainment system as found in the iX, and the entire interior is covered in Alcantara, leather and carbon fibre. All-in-all, it looks pretty special!

So it all sounds pretty impressive, right? The question is, should anyone be prepared to pay the eye-watering £145,000 price tag?! You’ll need to stick with Mat to find out!

Video Audi’s Rolls-Royce and other cars we don’t get!