Video Honda – Toyota – Kia ✅ Are you looking for an all-new family hatchback? Well don’t just automatically go for a VW or Ford – we’ve got our hands on three other options that may be a better choice for you! Right here we’ve got the new Toyota Corolla, the Kia Ceed and the Honda Civic, and we’re about to find out just how good these Far East exports are. ✅ New Honda Civic v Toyota Corolla v Kia Ceed 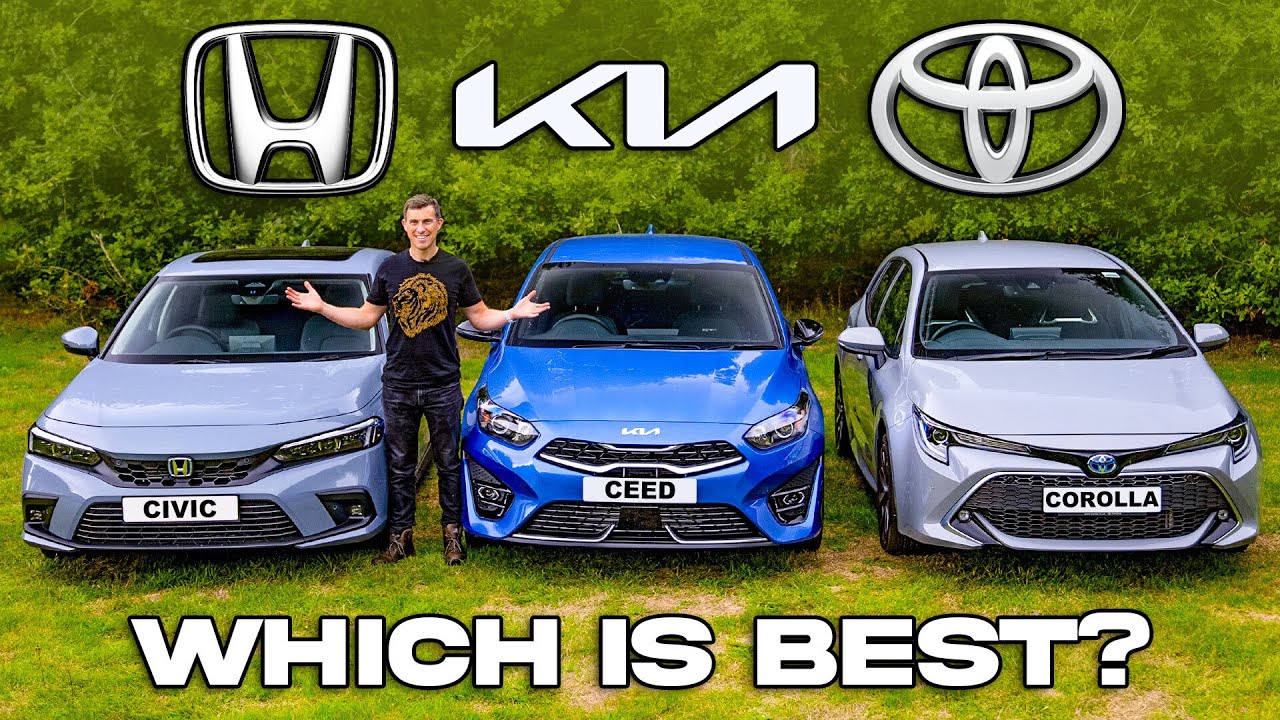 On the inside, both Honda and Toyota have pushed on from their previous editions, with good quality materials throughout the cabin and more modern looks. Unfortunately, the Kia looks pretty similar to the old model, although it’s definitely not the worst interior we’ve seen!

In terms of engine choices, there’s not too much to choose from. The Kia comes with only one choice, a 1.5-litre turbo petrol that drives the front wheels and puts down 160hp. Both the Toyota & Honda are hybrids, with the former coming with a choice of either a 1.8-litre or 2-litre petrol engine that can deliver 120hp and 181hp respectively. As for the Honda, it comes with a 2-litre petrol that powers the electric motor, which can put down 184hp.

So which of these is right for you? You’ll need to stick with Mat in this all-new group test to find out!